poetic reality no8: The loss of the meaning of truth (dedicated to poet-put-on-trial Ashraf Fayadh) 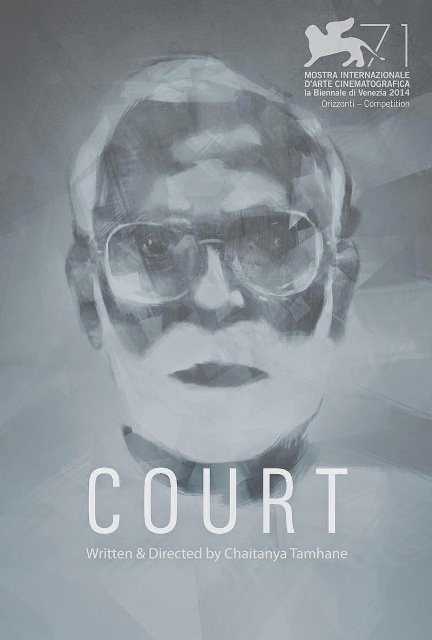 poetic reality no8: The loss of the meaning of truth (dedicated to poet-put-on-trial Ashraf Fayadh)

I will have to sidestep my memory
And claim that I sleep well.
I’ve got to tear out the questions
That have come looking for a rationale, to get convincing answers.
The questions that, for very personal reasons, have come after the fall of the usual punctuation.

The ‘story of the trial’, Bernard S. Jackson has suggested, ‘is as much subject to the constraints of narrative coherence as is “the story (told) in the trial”. For “the story of the trial” is at root just another piece of human action, no different in kind from “the story (told) in the trial”.’[1] Inside a court then, as in a gallery or in our everyday lives, we should take into account the ‘narrativization of pragmatics’.[2] At the same time, the stress upon narrative, which is, Rex Ferguson notes, the reality in a trial, makes truth ‘a matter of coherence rather than correspondence’.[3] In other words, ‘what comes out of a trial is a truth, but not one that corresponds to a prior reality of experience’; ‘Truth is therefore created by a trial, on its own terms and in its own right, just as modern art no longer refers to reality but subsists by itself.’[4] The viewer of a trial is then left with the narrative devices to understand the story told in court and outside of it but the outcome of the trial may not correspond with one’s perception of reality or with the concept of truth as it corresponds with the world we live in.

In the movie ‘Court’ (2014), written and directed by Chaitanya Tamhane, a folk poet and singer, Narayan Kample, finds himself lost in this labyrinth of struggles for the appropriation of truth within a space whose narrative dynamics he does not seem to understand and so he answers truthfully to all questions posed ultimately trapping himself. The first indictment is simple in its reasoning and narrative structure yet the second one, towards the end of the movie, is much more complex even if also openly fabricated. We are left to understand that the struggle for a truth that corresponds to reality outside the court will be harder this time and, if it is to be won, it will only lead to further accusations in the near future until escape from the court narrative is made impossible. What sets this movie apart, however, is the fact that the centre is not solely Kample but also the lives of three other protagonists, namely, Kample’s lawyer, the Public Prosecutor and the Judge. The movie’s themes, which include freedom of speech and thought, the tightening grip of a police state, racism and class in society, are seen through all of the characters at play.

The story of the trial itself is slow, as there are numerous delays, and so the space is created for the writer/director to show us pieces of the lives of three more people who participate in the trial other than Kample. This is important as it creates a correspondence between the story of the trial, the story told in the trial, the story of each of the other three key players in the court case, their own narratives and, finally, our own, in the way we choose to remember and tell the story at the end of the movie. Inside the courthouse we see how the relationships between different members of a certain society are regulated and the director of the ‘Court’ presents to us these very members within society, in their personal and social lives, so that multiple narratives may be created, other than the one seen in the trial, as regards what is allowed and what not in society in general. We therefore see the way in which each member treats their family and people around them, what their beliefs are, which opinions are expressed through their acts and their words in their everyday lives.

The narration of each story adds to the narrative cohesion in the story of the accused Narayan Kample since it is his narrative that is been targeted as a threat to society. The viewer is given the chance to juxtapose the one who is being judged with the ones who are called to create the narrative that will judge him. His poetic logos is dangerous because true, in the exact sense that this term has in the Greek language: ‘a-lēthēs’, meaning that which cannot be forgotten or ignored, from the negation of the word ‘lēthē’ which means ‘loss of memory/mnēmē’. The bard poet has dedicated his art to staying a-lēthē since he looks into the past for a narration of the present. The stories he tells give us a taste of the exact knowledge which cannot be forgotten, concealed or ignored (as a dictionary definition of ‘alētheia’ will tell you). Kample therefore hopes for something beyond the strict limits of a court’s truth since, through his poetic compositions which he transfers from place to place like a modern bard, he breaks the bonds of the expected and renders speech unforeseeable – ‘If we render speech unforeseeable,’ Gaston Bachelard has noted, ‘is this not an apprenticeship to freedom?’[5] – practising a certain sense of freedom outside the narrow limits of the court’s justice. Anything that’s unexpectedly non-controllable is rendered dangerous to society.

The poet’s salvation is to be found in the viewer, who remains the last narrator. It is the one who will ultimately decide the fate of Narayan Kample. Like visitors to a gallery, we have seen all the pieces of the exhibition and have been given the appropriate vocabulary to understand what we have watched, the grammar to create our own narrative, and we are called to take over the case. All this, of course, as long as we want to remain true to the meaning of alētheia, to obtain, that is, the exact knowledge of events and to maintain a certain truth, since it is this, truth exact, as Kample sings to the people in one of his performances towards the end of the movie, that has now lost all meaning.

Read a Greek version of this article here.