editorial no2: Ever wondered what Greek urban poetics sound like? 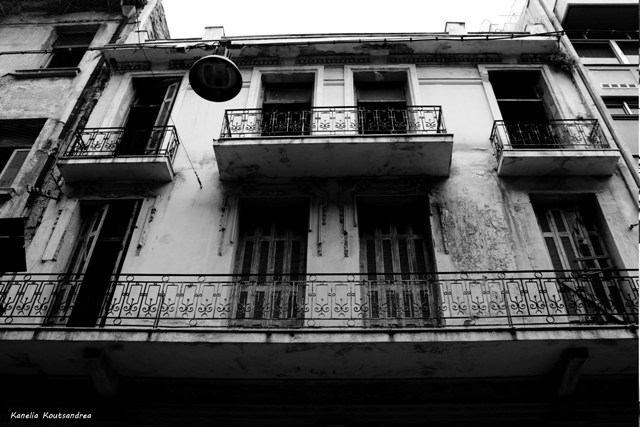 editorial no2: Ever wondered what Greek urban poetics sound like?

Athens in a poem is a website dedicated to the collection of material on urban poetics. It intends to aid an ongoing discussion on what created the particular Greek urban experience. It is a website for the collection and dissemination of material regarding poems about the Athenian urban experience alongside a collection of photos narrating this experience, the relationship of words with space and a more general discussion on spatial theory applied to the experience of living in urban areas in Greece.

This is a venture that started in May 2014 with the aim of helping people imagine living in their own city. The idea behind it was that poetic texts are unique sources of signs, symbols and new language and so poems about the experience of living in the city would help people form coherent narratives of their own experience while also being given the tools to place these into new frameworks. As Gaston Bachelard has noted in The Poetics of Space (1958), a great verse “awakens” images that have been effaced while confirming “the unforeseeable nature of speech” and “if we render speech unforeseeable, is this not an apprenticeship to freedom?” Poetic texts, we could say, are now more essential than ever.

The website aims to attract an international audience. Whenever possible, texts are published in both Greek and English. The same goes for more extended texts found on the site, such as in the ‘urban frames’ and ‘poetic reality’ sections, the one offering stories on the shaping and breaking of memory in the history of buildings and neighbourhoods in Athens, and the other commenting mostly on the link of poetic texts to our lives here and now. There are other sections on photos and videos and one on lines of poetry found on the walls of the city (‘poetry captured’). Finally, there is of course a contact page for people to send in their contributions since athensinapoem.com aspires to become a meeting place for anyone experiencing life in Athens.

Here is a sample of poetry for English speaking readers:

And yet I used to love Syngrou Avenue
the double rise and fall of the great road
bringing us out miraculously to the sea
the eternal sea, to cleanse us of our sins;
I used to love certain unknown people
met suddenly at the end of the day
talking to themselves like captains of a sunken armada,
evidence that the world is large.
And yet I used to love these roads here, these columns,
even though I was born on the other shore, close
to reeds and rushes, islands
where water gushed from the sand to quench
the thirst of a rower, even though I was born
close to the sea that I unwind and wind on my fingers
when I’m tired — I no longer know where I was born.

I walk hunched — I am a stranger in this city — but the sour smell coming from the public toilets strangely impels me — one of my delights are the Observatories — at least they have heating — and if the clerk had paid attention to my face he would have discerned many future floods — in short, a miserable afternoon, the kind you’d want to hang yourself — the screams had indeed stopped — the protest march had just finished and the police officers were erasing an entire revolution that was written on the walls…

I feel like a schoolboy whose fortune was to have
a cuss for a teacher. For some time now I wondered
how we would get along. Vile aged dog let us go
and puke tonight’s booze,
on the doors of closed bookstores.
Let’s go and piss on all the statues
in Athens; kneeling only in front of
Regas. And let’s go our separate ways
like grandfather and grandson after
a scrap. Beware of my madness
old man; on a whim I could
kill you.

Sweet hour. Athens reclines invitingly
giving herself to April like a courtesan.
The perfumes in the air are sensual delights
and the soul doesn’t want anything more.

Dusk leans over the houses
and her silvery eyelids are heavy.
Over there a queen, the Acropolis,
wears the sunset like a purple robe.

They told me you were dead. And now I find you
in the café playing backgammon with the living.
Even winning. And wearing a tie.
You never wore a tie.
You never went to the square.
You always shut yourself up in that house
silently watching the neighbours and passers-by.

They told me you were dead. Who should I believe?
You vanished suddenly without saying a word.
Without even leaving a note.
Your shutters were closed. Your bell broken.
The dog broken-hearted. And the lights out.

Is it you? Or not? Who should I believe?
How your voice has changed.
The others say nothing. They watch you play.
They watch you throwing the dice and smiling.
And winning all the time. All the time.

You never won. You were always the loser.

This article can also be found at https://medium.com